Inherent the 1920s, the German warship was later fitted with a Nazi-time insignia that was caught and the first broadcast by Norwegian open broadcaster NRK.

The destruction of a significant German warship has been found off the shoreline of Norway precisely 80 years after it was soaked in a World War II fight, Norwegian force lattice administrator Statnett and an oceanic excavator said.

Distinguished for the current year from pictures and sonar sweeps of its frame and subtleties, for example, the situation of weapon turrets, the cruiser Karlsruhe was first recognized in 2017 only 15 meters (50 feet) from a subsea power link that has been working since 1977.

Inherent the 1920s, the boat was later fitted with a Nazi-period insignia that was likewise caught in subsea pictures taken by Statnett and its accomplices, and first broadcast by Norwegian open broadcaster NRK.

The 174-meter vessel, part of the German power that attacked Norway in April 1940, was struck by a British submarine torpedo soon after beginning its return journey from the southern Norwegian port of Kristiansand.

The boat’s team like this emptied and the vessel was at last sunk by the Germans themselves, laying upstanding on the seabed at a profundity of 490 meters, around 13 nautical miles (24 kilometres) off the coast.

“You can discover Karlsruhe’s destiny in history books, yet nobody has known precisely where the boat sunk,” Norwegian Maritime Museum palaeontologist and scientist Frode Kvaloe said.

Statnett said its subsea power link, which associates Norway with Denmark, would have been laid further away from the destruction if its area had been known at the hour of development.

April 9, 1940, assault denoted the beginning of the Nazi attack of Norway, driving the administration and the lord to escape to Britain, where they were banished until Germany’s capitulation in 1945. 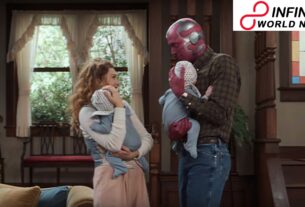